You are in: Home Customized designs Which are the differences between men's and women's trousers?

Which are the differences between men's and women's trousers? 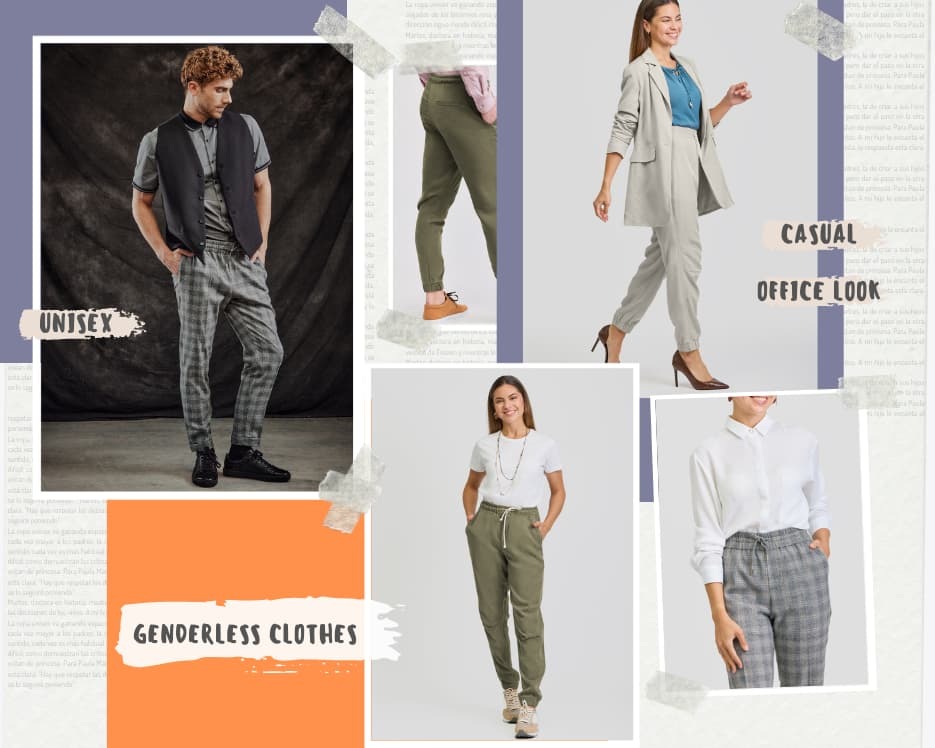 However, there is a certain tendency towards unisex clothing design. More and more firms are bringing out collections of genderless garments. It is remarkable that the differentiation of clothing by gender is becoming more and more diffuse.

Possibly, trousers are the ones that most clearly show the differences between men's and women's models. According to our experience in the production of quality workwear, the design of trousers also changes substantially depending on gender.

Evolution of women's and men's trousers
The history of this garment is, at least, curious. The earliest reports place them in the clothing of ancient equestrian civilizations such as the Scythians and Mongols. However, the Romans considered them to be barbarian clothes and forbidden his use during a lot of years. Trousers became the standard garment for men in the 18th century.

We cannot talk about men's fashion in the 19th century without mentioning the figure of the dandy. We can define them as men with a very refined way of dressing, with a very elegant look, who saw their clothing as a differential characteristic. A style generally associated with the bourgeoisie that took excessive care with all the details and accessories. Synonymous with class and distinction.

The situation was not the same for women. In fact, before the 20th century, it was considered inappropriate for women to wear trousers. They were included in women's wardrobes gradually. First for sport, then for more casual wear, and finally as business clothing. Coco Chanel was one of the pioneers of women's trousers, as she favoured a more comfortable fashion, away from the corsets and underskirts of the 19th century.

Levi Strauss was the inventor of jeans. It is curious to think that, at the beginning, they were conceived as durable work clothes. That is why they have such characteristic stitching and reinforced seams with small metal rivets. The fabric is very resistant, as it is made of a mixture of cotton and synthetic fibre.

How to differentiate between men's and women's trousers?
In order to better adapt to the female and male morphology, trousers have substantial differences in terms of their form, design and, of course, ornaments or accessories.

In case of women, the models available tend to have:

Men's trousers, meanwhile, have extra space in the crotch zone.

Unisex fashionThe society is gradually becoming more and more equal between men and women, a transformation that has also reached the world of fashion. There are many designers who have eliminated patterns by sex and create garments without a defined gender, which adapt equally to men and women. In summary, it is a question of breaking with stereotypes and creating inclusive garments.

It is not only about oversize garments, such as T-shirts or pullovers, but also other garments in which differences are more prominent can be designed for any gender. This is the case of trousers, jackets or coats. In fact, many shops have already eliminated their "boy" and "girl" sections, updating their collections with unisex clothing. The only important thing is that the consumer likes and feels good wearing these clothes.

Traditional fashion is still very much present, but the exception that proves the rule is here to stay. Genderless fashion, aims to eliminate the labels and barriers that mark the differences between men and women. We may be under the mistaken impression that unisex clothing is a very modern fashion concept, but nothing could be further from the truth. Historically, people wore the same type of clothing. It was not until the Renaissance that humans began to wear clothes according to their gender. A much more remarkable fact in Western culture.

Unisex work trousers
Trousers are a comfortable and functional garment that allows you to carry out any work activity. For this reason, they have become a basic garment for some professions. In addition, they can be designed to give them an extra touch of elegance and sophistication. It is a very popular garment in both men's and women's uniforms.

With today's trends in mind, in Norvil we also have unisex trousers, designed in different styles to adapt to all needs. Made of fabrics that give freedom of movement, durable, comfortable and with adjustable waist. Our compromise is to produce quality and versatile garments for work.